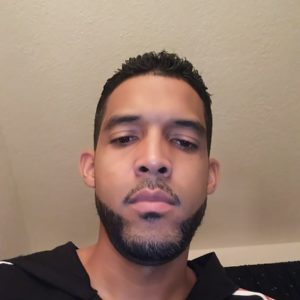 While you can give someone all the best knowledge and tools in the world, sometimes their life can still feel stuck. But if you can change what someone believes is possible, their life will never be the same.

Book: The Third Door: The Wild Quest to Uncover How the World’s Most Successful People Launched Their Careers.

Feels like I haven’t written a book review in ages, but it’s not because I stopped reading them.

I have been busy running other aspects of this business while trying to figure out how to best move forward in this new COVID-19 world.

Enough about me. Let’s get down to it!

The Third Door can be looked at as a memoir of the wild journey Alex embarked on in his quest to discover what it took successful people like Bill Gates, Lady Gaga, and Warren Buffet to get to the top.

He details every step he took in order to score interviews with some of the most successful people in the world.

From figuring out how to hack Warren Buffett’s shareholders meeting, to chasing Larry King through a grocery store, to partying it up with Lady Gaga in a nightclub.

Through these interviews he found that they all had one thing in common: they all took the Third Door.

You might be thinking that from the list of names above, he just interviewed a bunch of famous people, but my favorite quote from the book comes from Qi Lu, someone I had never heard of in my life.

Luck is like a bus… If you miss one, there’s always the next one. But if you’re not prepared you won’t be able to jump on.

If you decide to read this book, you’ll find that this quote summarizes it in its entirety.

You have to be prepared for the things that you want in order to be ready to receive them.

Finding success can be like getting inside an exclusive nightclub. There are two main paths: the first door, where everyone waits hours in line in hope of getting in, and the send door, where the VIP’s are smoothly let in.

What most people never consider is that there’s always a third door. It may be making friends with the janitor who lets you in through the back door or sneaking in through a cracked window, but whatever it is, it will take resourcefulness and guts.

I truly love this concept. Most people quit the moment things get tough.

They have an idea of how things should be and if they don’t get what they want, when they want it, they give up.

Perhaps replacing your 9-5 income will take more than just starting a new blog and writing a few blog articles.

Finding that “hidden” path is what The Third Door is about.

While there’s a time for studying what’s worked for other people, there are moments when you have to go all-in on what makes you unique.

This quote is all about believing in yourself and I love it.

Sometimes we can get caught up in trying to replicate what worked for others, that we forget to put our own touch on things.

I believe learning from others is perhaps the most important thing to finding success, but your fingerprints are unique for a reason.

You must put your personal touch on things.

I love the concept of The Third Door, but I didn’t necessarily like how dramatic Alex made everything seem.

He literally made it seem like every interview that he was able to score came down to the very last second and when everything seemed to fall apart a miracle would happen.

This became very annoying to me because once you get past the first couple of interviews, you can literally predict the rest.

He is going to hit major bumps along the way, almost give up all hope, and The Third Door will open out of nowhere.

I understand hammering down on the concept that you have to go above and beyond the call of duty to achieve great things, but really? You couldn’t score one interview without a bunch of drama even after interviewing some of the most well-recognized individuals in the world?

Perhaps every single interview did come down to a last-second hail mary from out of nowhere, but I just don’t buy all the drama.

I also feel that the books title is a bit misleading.

I thought the book would be about how the people interviewed found their third door, but it was more about him trying to get interviews and constantly being rejected.

Lastly, there is a chapter in which he goes off on a tangent about how women have it harder than men in life.

I don’t know what that has to do with the concept of this book, but he didn’t even take the time to back up his claim with facts.

To simply say that one gender has it harder than the other based on a single interview and a discussion with your sisters is just wrong in my eyes.

A better way to put it could have been that women, in some areas, have different struggles than men — but that we have it equally as hard in this life generally speaking.

There is ample data available showing how minorities and women earn less in the workplace, but that doesn’t mean one gender has it harder than the other in life.

If you skipped everything and only read the section on my dislikes of this book, you would probably think that I hated it.

Truth be told, this is not a book I would recommend to everybody.

However, if you can get past all the drama and focus on the concept of this book, you’ll find it very useful.

You must get out of your comfort zone if you want to make it in business and you shouldn’t expect success without being persistent in the right way.

Lastly, you have to create your own definition of success in order to find the right third door to open.

Don’t ‘I wonder’ through life. Just make it happen.

Live by that quote, and you’ll have little regrets at the en of your journey.

Get your copy of The Third Door by Alex Banayan by clicking on the image below:

I am a student of life and extremely passionate about helping people improve their lives. Always on the prowl for new self-help books. I also love content marketing and spend much of my time writing for my other blogs.

Get exclusive access to new tips, articles, guides, updates, and more directly to your inbox.

We will guide you and help you achieve your goals.
At garage, we can help you every step of the way. Join with me and own your goals. What are you waiting for? Take the first step today.